Hope Out of the Trash

The Barnes & Noble cashier gave me a soft smile as she checked out my book. I immediately began to sweat profusely.

“Oh no,” I thought to myself, “She knows I have an eating disorder and that I see a therapist. She thinks I’m weird and crazy.”

Yes, because I bought a book about eating disorders I was convinced that suddenly the world knew my secret and judged me. And by the world, I mean that cashier.

It was the fall of 2009. I had just begun working with my therapist, Mary, who recommended the book Life Without ED, by author Jenni Schaefer. Mary said this woman wrote about her journey through eating disorder recovery in a way I could probably relate to.  I rolled my eyes and quickly reminded Mary that I did NOT have an eating disorder. Actually, I could not even say the words eating disorder so I’m sure I said something super vague like, “that problem.”

I was fresh on the therapy scene and heavy in denial about ‘that problem.’ Deep down I knew I had an eating disorder, but I never felt sick enough to deserve that label, much less mutter the words: eating disorder. Despite my resistance, I did want help and freedom from the secret hell I was living in.

Shame and secrecy fuel an eating disorder. You are ashamed of your behaviors and thoughts so you keep them a secret, ultimately feeding the disorder with the darkness and shame. I was absolutely mortified of my past and the secrets I still kept at the time. Therapy sessions with Mary were often games of charades because my shame kept me from saying words like ‘purge,’ ‘restrict,’ ‘laxatives,’ etc. It was too embarrassing to talk about the unimaginable extremes I went to in my pursuit for the perfect body.

I will never forget sitting in bed opening to the first page of Life Without ED. After feeling crazy and alone in my thoughts for over ten years, I suddenly felt as if I had a new best friend in Jenni. Finally, someone I could relate to. Every word and every sentence was ME. Those feelings and emotions she experienced I had experienced and were continuing to experience.

In her introduction, Jenni talks about ED controlling her life, even doing something as strange as eating out of a trashcan:

“In order to stay thin, he convinced me to purge, which meant throwing up, fasting, or overexercising. Ed loved this cycle of bingeing and purging. On a binge, it was not uncommon for me to drive from Taco Bell to McDonald’s to Wendy’s at 1:00 a.m. or even eat cookies out of the trashcan. Ed controlled my life.”

And there it was, in plain sight and in clear English: ‘out of a trashcan.’ I could not believe what I was reading. I thought I was the only person who ever did such a disgusting and weird thing as eating out of the trash. I vividly remember the first time it happened. I was a freshman in college and had not eaten in days. I was winning at my quest to not gain the freshman 15, but losing at life. I stumbled home from the bar, tipsy and starving. The alcohol lowered my rigid food rules and I was on a mission to find something to eat. Of course, there was nothing in my dorm room. I walked to the Common Room and saw a pizza box teetering on top of the trashcan. It had a few slices of untouched pizza inside. I looked around and quickly snuck the forbidden food back to my dorm to eat in solitude. I woke up the next morning with more guilt and shame than any human being should ever have to bear. Not only had  I eaten out of the trash, but I had pizza. Gasp. Out of bed and onto the scale I went to see the damage. And thus the cycle of restrict, eat, guilt, repeat continued.

Looking back, my heart hurts for that girl. She did not understand why she did such things and blamed herself. That voice constantly told her she was weird, crazy and of course fat. Life Without ED helped me to realize that I was not crazy. I was not weird. And most importantly, I was not alone. Through the pages of Jenni’s story I began to see that inner-voice was not me. It was my ED. And with time and professional help, I could learn to separate myself from him.

Needless to say, it did not take long to finish Life Without ED and I quickly went on to read her next book Goodbye ED, Hello Me. The gift Jenni gave me in helping me realize I was not alone was priceless. I could not believe there was another person out there who had that voice in her head, that voice that told her to do such things as abuse her body and eat out of trashcans. Who was this brave and extraordinary woman named Jenni?

Well, flash-forward five years. I finally met Jenni last summer when she and her co-author, Jennifer Thomas, asked me to speak at their Almost Anorexic book signing in Boston. We met for dinner before the signing and I was delighted to discover Jenni is the same down to earth, compassionate person I got to know all those years ago in the pages of her books.

Jenni recently celebrated the 10th anniversary of  Life Without ED. The anniversary edition includes a new afterword and sections devoted to men with eating disorders; family, friends and supporters; and treatment professionals. The anniversary book also includes an actual divorce decree to sign as well as new ideas related to recovery and technology. If you are looking for another friend in the recovery world, look no further because Jenni is as good as it gets.

If you haven’t read Life Without ED, I suggest you hightail it to your local bookstore (and no the cashier won’t look at you weird) or you can order online. Even better, if you want a free copy signed by Jenni, leave a comment below or on the Southern Smash Facebook page.

And PS, Jenni is excited Life Without ED is officially out on Audible! She recorded it herself and learned how to correct some of that Texas talk in the process 😉

Congrats on the 10th anniversary of your groundbreaking book. I am proud to know you and to call you a friend and mentor. You have touched so many lives, including mine. Thank you for letting that lost girl know that she was not alone, that there was no shame in having an eating disorder and that eating from a trashcan did not mean she was crazy. It was because she was sick, but you helped her realize that hope and healing were possible.

Today, I proudly share my story, shedding light on a past I was once so ashamed of. I can say all of the ‘shame’ words now, loud and clear. Even sharing my trashcan story too. Because like your book taught me so many years ago, there is nothing embarrassing about having an eating disorder or even going to an extreme like digging in the trashcan to find food. You would not judge someone with an illness like cancer, so why judge yourself if you are suffering from an eating disorder. You helped me realize that compassion and healing starts within.

Jenni, it is my honor to stand beside you, fully recovered and a fellow advocate in the eating disorder recovery world. Keep shining your light of hope; it is a such a beautiful gift for all to see.

With love and gratitude from my trashcan to yours, 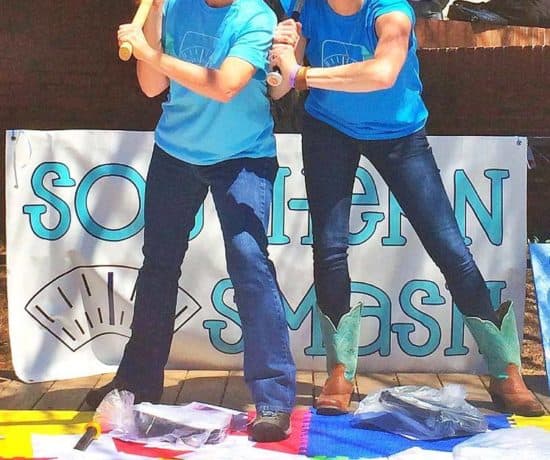 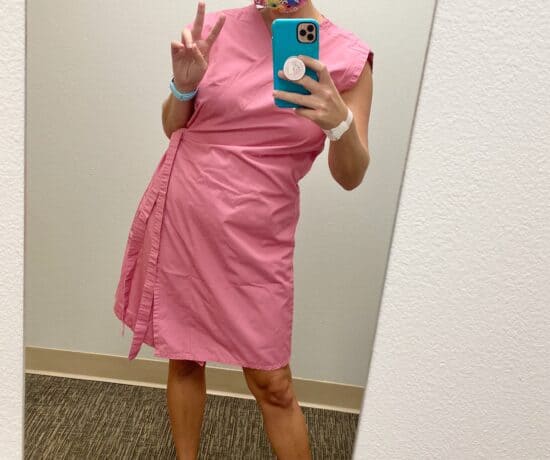 When Your Mammogram Isn’t So [Squishy] Funny 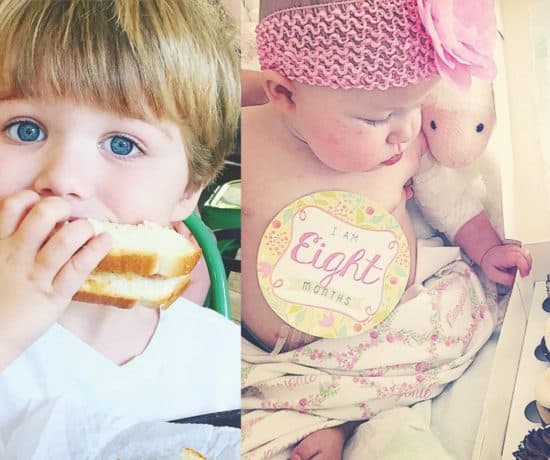 Pardon Me While I Feed My Kids Kale and Chemicals