Picking Up the Phone

Today, the matriarch of our family turns 92, just eight years short of a century. Just like century old oaks, Gaga is a pillar of unwavering strength. She is full of beauty and filled with stories that her eyes have seen, but she rarely tells. Gaga is quiet like the oak, soaking in life around her in stoic solitude. And to be honest, she always prefers to watch football and pretend like she can’t hear you.

Gaga and I have been inseparable since I was born. I called her every night to check in, even in college. Throughout the years, I have picked her brain, trying to get her to tell me stories about her life. Occasionally, she would open up and what she had to stay would make the chattiest person silent.

While she is the epitome of Tyler Strong, her heart is just as soft and sensitive as mine. Born September 22, 1923, as one of eight children, Gaga learned early on what it meant to put on your ‘big girl panties’ and take care of others. She has been doing it ever since.

Gaga was raised in Springhill, Louisiana, a small town on the Louisiana, Arkansas border. Life was simple, she always told me. They were so isolated from the world in Springhill, they never felt the effects of the Great Depression. She has told me stories of riding in tractors and the first family car. But my favorite stories of hers were from her life as a World War II welder.

Gaga left the tiny town of Springhill and moved to Fort Worth, Texas, to weld war ships and planes. She was doing her part for the war, she always told me. The love of her life, my grandfather, was fighting over in Europe and Northern Africa. The story of their love is spotty in my memory, but one thing I do know is that Gaga was married in a simple blue suit, hand in hand with my grandfather. They weren’t married in a church, but rather with a hundred other military couples. She never elaborated further or whined that she didn’t have a wedding. “That was what you did during war time,” she always matter of factly stated.

Buried deep in a closet at Gaga’s house are letters Papa Jimmie and Gaga would write back and forth. She would always fuss at me for dragging them out then we would spend hours sorting through them. I would sit on the floor next to Gaga’s chair as she would recount story after story.

The one thing Gaga never spoke about was how she felt when her husband was away. Emotions were not in the Tyler Strong make up back then, the second and third generations of Tylers have since changed that rule.

I can count on one hand the times I have seen or heard Gaga cry and four of those times had to do with my Marjorie and me.

When I had to tell Gaga I was going away to treatment from my eating disorder, she did not understand. Gaga, who loves tabloid magazines, knew eating disorders to be something that only Lindsay Lohan and Tori Spelling had. The night before I left for treatment, Gaga and I hugged tightly. I heard her muffled cry and quietly promised her I would be right back and that I would be okay.

On Christmas eve, I received a package from Gaga. She told me it was going to be arriving, but I had no idea the magnitude of the small package. Inside was the most heartfelt gift and a card that read:

“McCall, I saw this ring and it reminded me of you. I named it the ‘Hope Diamond’ because I’m always hoping for you to be healed. I hope you and Jordan have a long healthy, happy life ahead. This hope ring never ends. It goes on forever like my love. Gaga”

My eyes filled with tears. You see, Gaga never showed, much less wrote down emotional things. She showed emotions by underlining the ‘feeling’ words on those scripted, glitter filled cards. That was as emotional as you got.

Reading such sweet words from my Gaga took my breath away. None of her words were a surprise because she said things that my heart always knew.

Flash forward to last year. I took Gaga to lunch in May 2014. I went to her house after to break the news we were moving. I was in tears and Gaga smiled back and gave me the best advice I have ever heard,

“McCall, that is wonderful. You have to take care of your family. We will always be here and we will always visit. But at then end of the day this is the best thing for you and your family. It was not easy when I moved away from my family in Springhill, but I knew it was for the best. Now is your time to move for your family.”

Once again, I was shedding the tears, not Gaga.

Then came that fateful day on September 29, 2014. By the time I made it to the hospital in Jacksonville and was stabilized I knew I needed to call Gaga. Her voice on the other end was confused and worrisome. I spoke in an upbeat and peppy tone and reassured her. It was me being brave this time.

On October 8, 2014, I laid in the pre-op room with my mother and Jordan beside me. I looked at my mom and said, “I have to call Gaga.” She said she would and I replied that Gaga needed to hear my voice. I called her to tell her our Marjorie was being born. The phone went silent and I heard a soft muffled cry on the other end.

“We are in good hands, Gaga,” I reassured her through my own tears. “There is no doubt this baby girl takes after her namesake. I promise we will be okay.”

Gaga met her miracle at Thanksgiving. I’ve never seen her shuffle so fast to get to Marjorie’s bedside. The meeting of Marjorie’s was a moment in time I will never forget.

When Marjorie was diagnosed with cancer, I did not have the brain power to call Gaga. I waited until Thursday so I had more answers for her. It was, to date, the most difficult phone call of my life. My aunt, Susu, had already explained to her what was happening, but had not used words like “cancer” or “neuroblastoma”. I did not beat around or candy coat. It was my job to be honest.

Thankfully, I have been able to call Gaga with good news as Marjorie is on her way back to total health. I don’t get to call Gaga every day like I did for many, many years. I don’t let more than a day or two go by without calling and I get an earful if I do!

These days when Gaga and I hang up she tells me a thousand times how much she loves me and I say it right back a thousand more. I know one day she will not be on the other end of the phone. This is certainly something I don’t dwell on, but a fact of life. Something I am aware of and something that makes me appreciate every minute we have on the phone and in person.

There was never a certain moment that made me decide to name my first daughter after Gaga. It was something I always knew in my heart. There was never a question. My daughter would be named Marjorie Mims, after the strongest, most extraordinary woman I know. And there is no doubt my Marjorie takes after her namesake.

Gaga is my best friend, always has been and always will be. I may not know every detail of Gaga’s story, but I know her heart and she will always know mine.

Happy birthday to you, my best friend and Marjorie’s namesake! Gaga, you make 92 fabulous!!! I know this year has not been easy for you with us so far and your sweet Marjorie so sick, but we felt your strength and love every minute. Marjorie cannot wait for you to join her for her ONE YEAR birthday party in just two weeks! There is no doubt my Marjorie gets her strength, lungs of steel, love and compassion from you. It’s in the Marjorie DNA. Thank you for being a constant in my life. No matter where I have gone or traveled to, I can always count on you to pick up when I call. Thank you for loving me like no one else can. Love you always and forever, your McCall 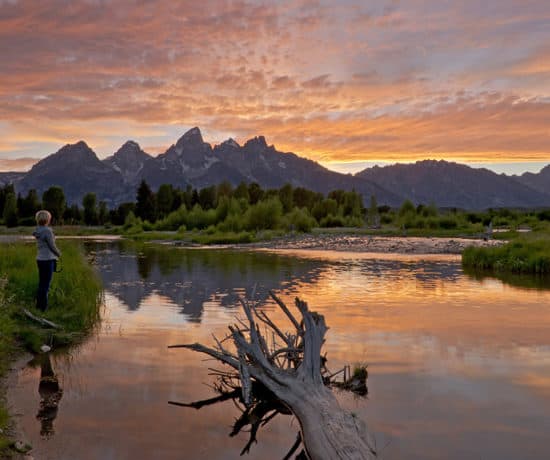 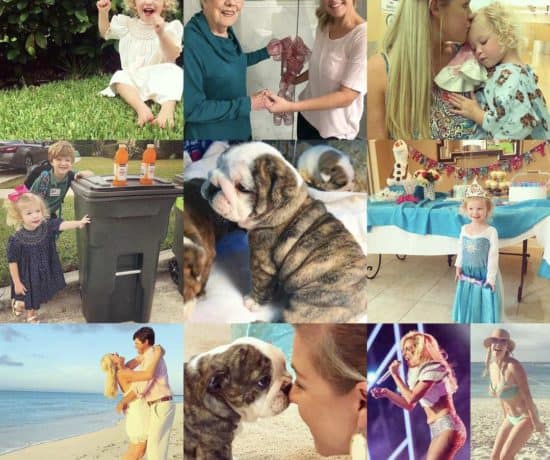