We recently sold our house and are scheduled to move into our new home in one month.  As you can imagine, the packing pandemonium has begun…or at least the packing procrastination.  I really excel in procrastination, like, I’m truly gifted in the art of delay.  The idea of packing up our entire home (albeit a small one) is overwhelming.  So I cope by procrastinating.  I find myself getting sidetracked in the tops of closets finding random pictures and long lost purses and accessories.  Last week, I stumbled across something that has kept my mind churning since it was unearthed.

These are legitimate, one-of-a-kind Joke Tickets.  Not many people can say they have these; and I did not understand or appreciate their value until long after they were given to me.

About two months into treatment, my Carolina House therapist, Christy, noticed a disturbing pattern of mine: self-deprecating humor.  I’m sure she and the staff noticed it long before, but as I was nearing the end of my time in treatment, my ‘humor’ was getting worse.  I was constantly making ineffective cracks about eating disorders and not doing weekly assignments as they were prescribed.  One February afternoon, Christy said she was going to start issuing me ‘Joke Tickets’.  I immediately laughed and rolled my eyes.  Seriously, I told her, now you are really off your rocker.  She ignored my attitude and said that each time I made an ineffective joke about myself, recovery or treatment, the staff would take one ticket away.  Each day I was given three Joke Tickets and once they were all gone I then had to sit and talk about my feelings and/or do a lovely Behavior Chain.  (For those non-treatment goers who have no idea what a Behavior Chain is, well Google it or just be glad you’ve never written one.)  Every morning, I would find three little post-it notes in my cubby.  And every morning, I would roll my eyes and shove them in my pocket.  I disregarded the exercise and went about the day with my typical attitude.

Looking back, it is clear my eating disorder was using my wit as a way to defy the treatment team.  There is no doubt I am witty, but at the time I was using it to put myself down, deflect compliments and minimize my illness.  I was making jokes at the expense of my recovery and self-worth. Realizing and accepting that this type of ‘humor’ was yet another form of my eating disorder was very difficult.  Eventually, I wrote a letter to my ED regarding this defiant humor. (Read here: Second Letter to ED: NBD No More.)

Fast-forward to my Procrastination Packing hour last Friday.  I stumbled across these seemingly insignificant post-it notes buried at the bottom of an old shopping bag.  My reaction was the same as it was two years ago: I immediately laughed and rolled my eyes.  But this time, my eye roll was not directed at Christy and the exercise.  I rolled my eyes at my eating disorder and at that self-deprecating humor.  I softly laughed at how far I have come in the short two years since treatment.

These tickets have remained on my desk for the past few days.  Each time I sit at my computer, I can’t help but think back on that much-hated therapeutic exercise.  As usual, time and space has given me a greater understanding and appreciation for these once detested post-its.  I feel grateful to now have the ability to notice and correct that negative way of joking about myself.  The Joke Ticket discovery also got me thinking about how disturbingly common self-deprecating humor is in our society. So many of us use this negative humor to put ourselves down, reject compliments or minimize what is going on in our lives.  When is the last time you returned a compliment with a genuine, “Thank you,” rather than an excuse?  Or how often do you put your own accomplishments down?  Why do we have to poke fun at ourselves?  Better yet, why is it odd to hear someone accept a compliment or say something positive about themselves?

So maybe we should issue ourselves Joke Tickets and start noticing when our humor goes from ha-ha to hurtful.  You’ll be surprised at just how sneaky that inner-critic can be with his or her humor.

And if you run out of post-its, I know Christy has plenty more on her desk… 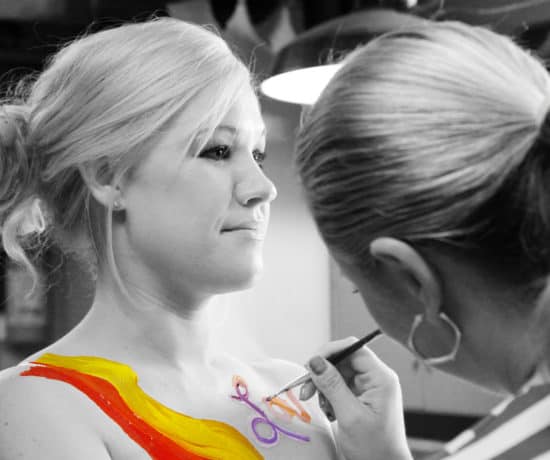 Loving My Body in the Grey 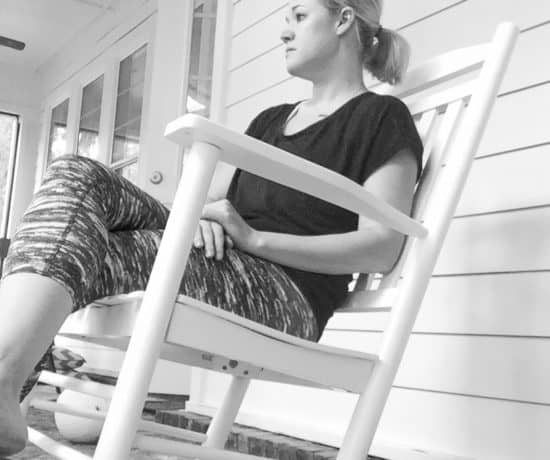 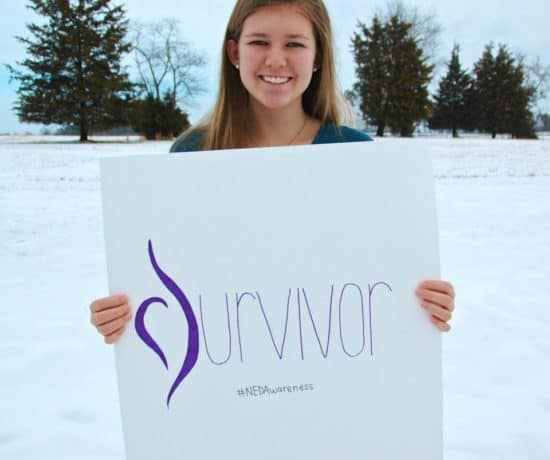